AN ANGRY MOB TRIES TO SHOUT DOWN THE PRESIDENT– The President with his crowds was met in Phoenix by ruffians of the opposition, and it is rumored some were set to their incendiary by coin from notorious international robber baron, George Soros, a man who plays at making and breaking countries as some men play at billiards. In the ensuing milieu, the officers of the Phoenix police were of a want to tamp down the raucous agitators, which are said to have numbered 50 or less out of hundreds of those who came to exclaim against the President. Both the President and his crowd were accused, in many words and signs, of being Nazis, racists, and the most nefarious of names, which it would be a crime to be. And the yellow press howled in unison with this mob, which were quite outnumbered by the crowd who thronged to show their love and devotion to the President.  Featured image photo- Gage Skidmore

The Nutmeggers Squabble Over Their Spendthrift Ways- Governor Dannel Malloy, who is a partisan for the Democrats, has so ordered that, barring the reaching of an end of the impasse over the annual budget of state revenue, there shall be outrageous cuts to state services, and to the public schools. Connecticut, the Nutmeg State, has suffered at the hands of spendtrhifts who have so far amassed such debt that the annual cost of service and principle exceeds $2.8 billion while the state spends $3.4 billion more than it receives. Not discourage by his spendthrifting ways, the governor on Thursday told a Reuters reports, “The state invested in the wrong things for a period of time. It allowed its higher educational institutions to suffer while it sought to placate communities with respect to other forms of local reimbursement.” It does not appear the state, with it high taxes and high debt already stretched beyond capacity of the producing classes to sustain the burden, will be changing its ways.

Football Great, Odell Beckham, Looks For Long-Term Contract- New York Giants wide receiver Odell Beckham is acknowledged as a great football player in the sport, but he hasn’t a long-term contract. It is claimed by the sports press that Mr. Beckham could be worth $100 million in a long-term contract, which would elevate him to legendary status as the most well-paid foorballer ever in the NFL’s history. To hedge his bets, the brilliant footballer is set to consider a $600,000 investment in an insurance policy against his being injured, with a payout of $100 million. While some carp at the wages earned by these football heroes, the plain truth is that they bring in untold billions in worth to the team owners, who do little more than write checks and collect profits. 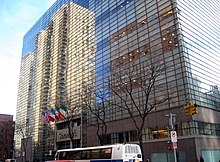 Sotheby’s Raises, Lowers Premiums On Buyers- Sotheby’s is raising fees for live auctions and removing them for web-based auctions, it announced yesterday. The storied auction house has raised the threshold for its 25% fee from $250,000 to $300,000 of the price. While items sold at between $300,000 and $3 million will remain at the 20% rate, the fee for items above $3 million at sale price goes up from 12.5% to 12.9%. As to online sales, “Online-only sales have emerged as our best tool for attracting first-time buyers and we see those new clients subsequently participating in other areas of our business at a meaningful level,” David Goodman, Sotheby’s executive vice president of digital development and marketing, said in a statement. “It’s clear that the online marketplace is a related yet distinct opportunity for Sotheby’s beyond our live auctions—one with a different competitive landscape and reduced traditional expenses—that demands a different approach to pricing.” Accordingly, the buyer’s fee for online-only auctions has been eliminated.

DANGER TO YOUR WEB PRESENCE COULD BE LURKING!
Do you REALLY know what your web presence looks like? You could have serious problems and not even know it!

You SHOULD be checking yourself out!